Designing an iconic and modern VBL

Capturing moments big and small is an essential part of Kodak Moments’ vision. In a world as digitally connected as we are, a physical photograph still holds a lot of resonance and sentiment.
The desire to preserve memories through photographs hasn’t gone away. If anything, people long to cherish the special moments in their life through keepsakes. Kodak Moments teamed up with Smart Design to create a new visual design language to be translated into a line of full-service photo kiosks that would bring people’s memories to life.

Developing a kiosk for all

Smart Design performed audits on several retail locations for foundational research on the landscape of photo kiosks. We quickly realized that current kiosks on the market are not user-friendly or accessible for everyone.
When creating research prototypes, inclusive elements were added, such as an LED matrix that guided users through the printing process, from the screen to the print dispenser. Height requirements and other ADA regulations were also met to ensure the kiosks were inclusive.
Foam core mockups were developed to bring the kiosks to life, make it easy to interact with, and inspire collaboration amongst the team. The full-scale mockups were tested in the U.S. and Germany to study the differences in American and European markets and ensure the kiosks were intuitive for all users. These in-person research studies allowed Smart to capture live reactions to the products and learn the best path from user experience to user journey.
Final prototypes were created using VR technology during the last phase to give the Kodak team a detailed representation of the product before it went to market. This last stage allowed both teams to see the product in full detail, including the interactive moments that make kiosk intuitive and accessible for everyone.

A language of innovation and transformation

The final visual brand language translated directly to the kiosk, perfectly blending ergonomics, human-centered design, and branding. From the shape of the kiosk to the screen layout, each little detail correlates to the visual design language and provides a clear reference to the Kodak brand.

The screen panel invites customers in, provides clear instructions, and achieves an interaction flow that is accessible to everyone. 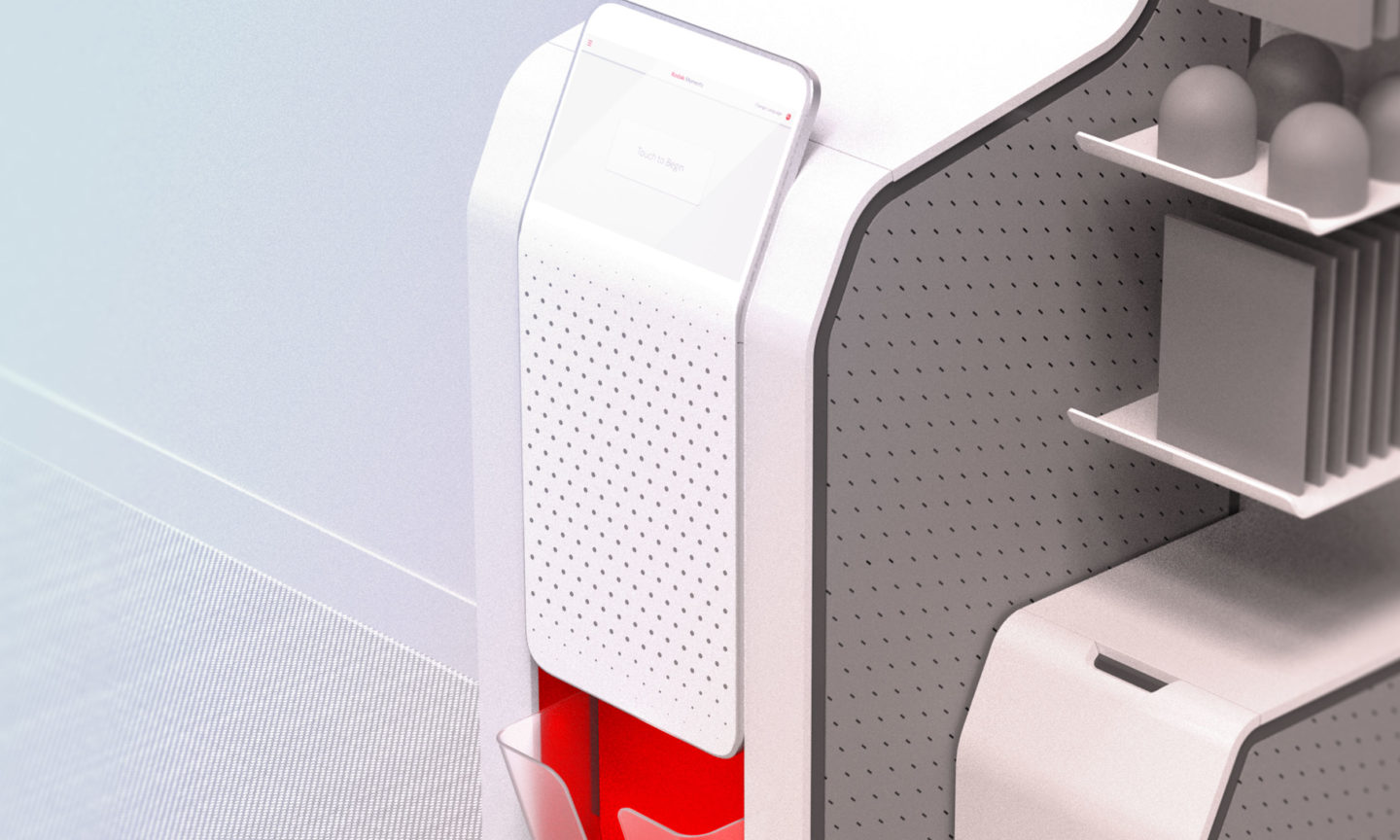 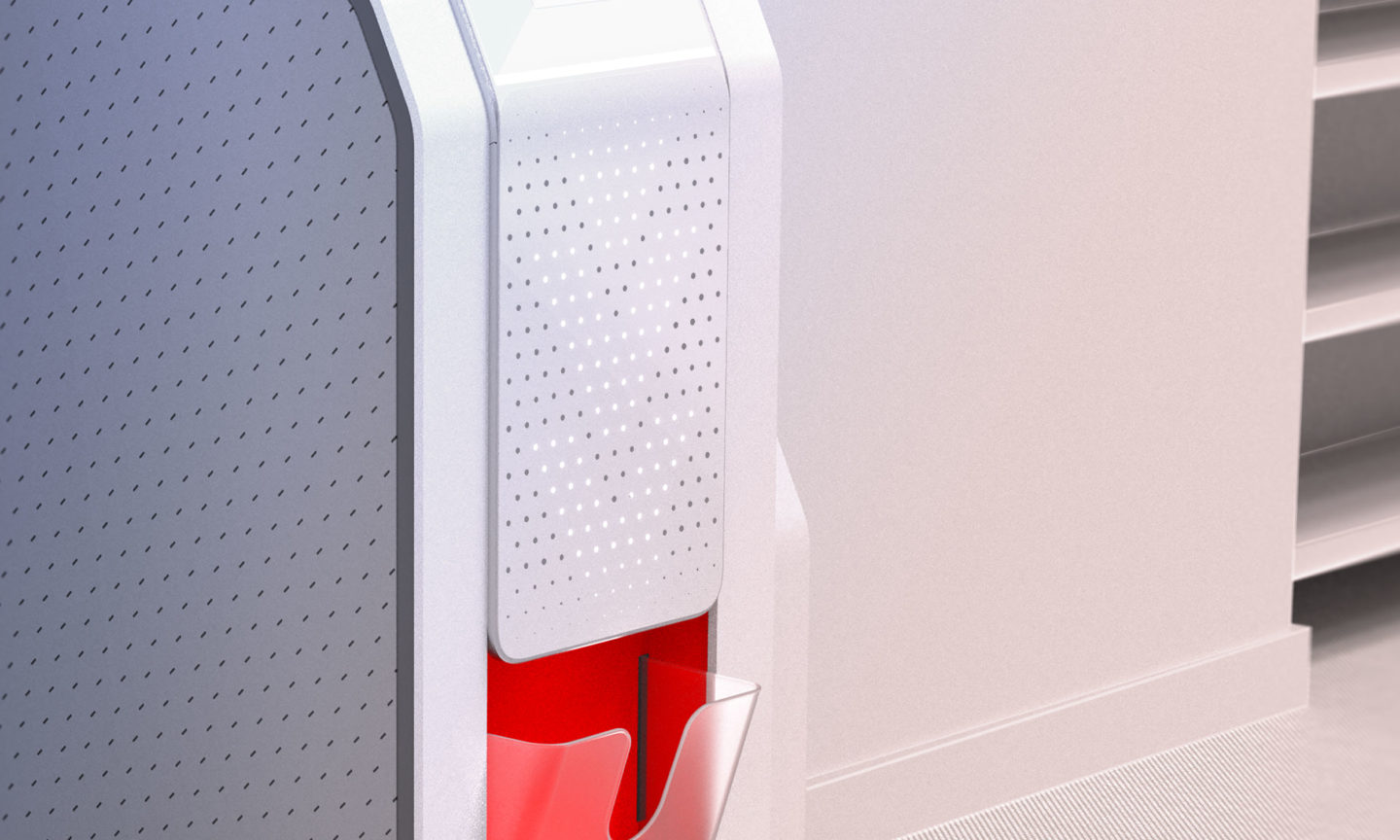 A matrix of LED lights provides an interactive moment that clearly communicates to the consumer the process of a digital print turning into a physical photograph (even if there is no screen present).

A small but necessary function, the feet of the kiosk are tucked away to prevent customers from hitting against it while also providing lightness to the overall design. 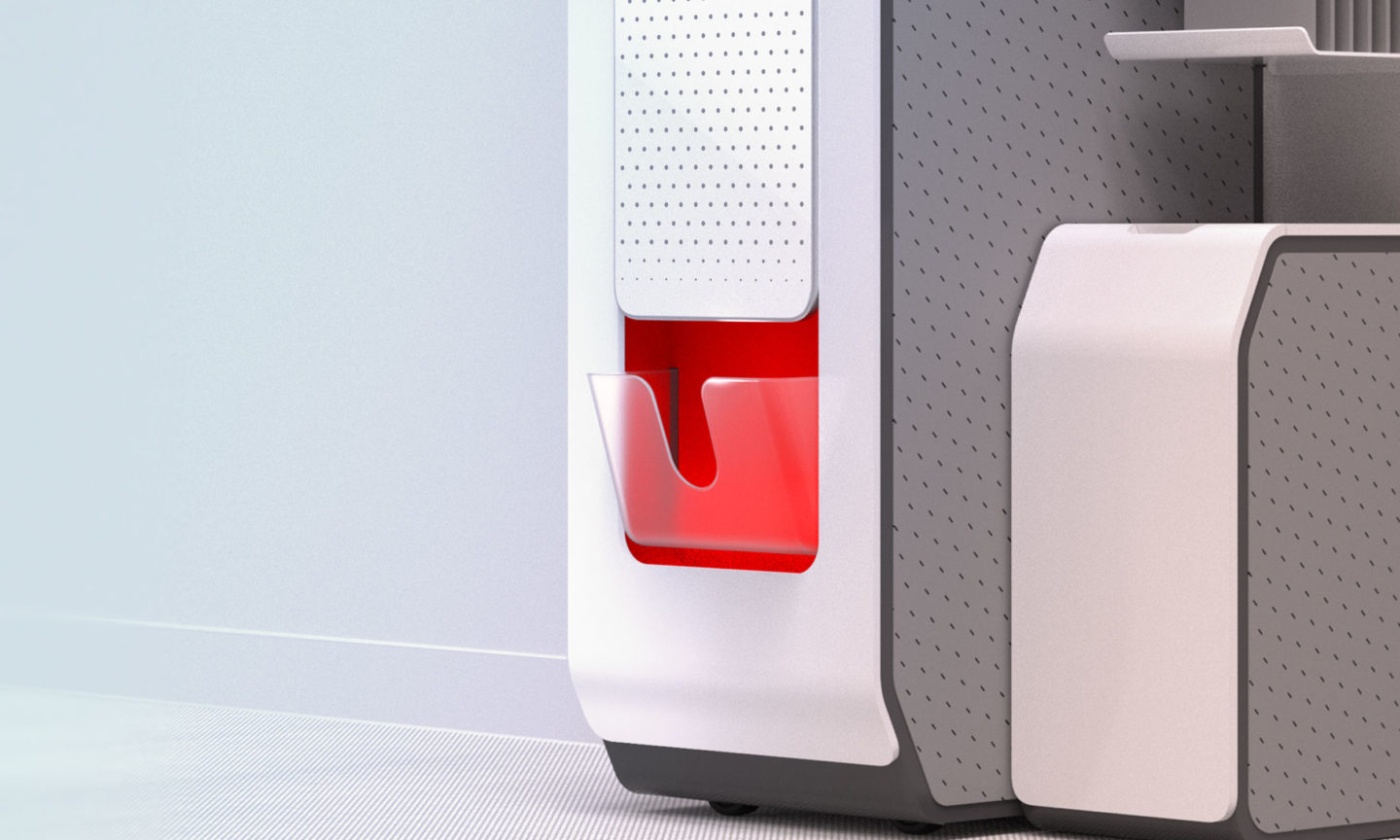 Smart wanted to ensure Kodak Moment’s values continued to be expressed in their visual designs while making it exciting and inspiring for consumers. By establishing a visual brand language that could be used across product lines, Smart ensured that the brand could continue to transform while staying true to their legacy of innovation.

The finished line allowed Kodak Moments to provide their services in a variety of locales while keeping their brand top-of-mind and allowing consumers to print their photos with convenience. In keeping with Smart’s history of designing products that tie together physical and digital prototyping, the kiosks are a celebration of mixed methodology and accessibility.
The line of free-standing photo kiosks can now be found in many retail locations, such as CVS and Wegman’s, with more locations to come.

Get in touch
Explore more
Gantri

A new lighting collection created by Smart Design, made by Gantri.