Design and innovation for positive impact

Design leaders have long celebrated inclusive design as a way to humanize products, services and experiences. As we face urgent global problems—including climate change, food insecurity and environmental degradation—they are increasingly utilizing such human-centered design principles to bring about positive change, through new forms of architecture and urban farming, and innovative products. How can we, as designers working today, use new technologies and behaviors to imagine further possibilities to make the world a better place?

The Virtual Smart Salon in May —Innovating today for tomorrow: Design and innovation for positive impact— featured experts in the field of design and innovation, from both the nonprofit and corporate sectors. The event, cosponsored by Smart Design and the Brooklyn Navy Yard—a 300-acre industrial park on the Brooklyn waterfront where Smart Design now calls home— during NYCxDesign Days (Product Day) was hosted by Dan Grossman, our design director, and Tiffany Townsend, SVP, External Affairs at the Brooklyn Navy Yard. They asked our panelists and fellow residents of the Brooklyn Navy Yard about their engagement with positive impact projects, and how being located at the site helps foster the growth of a community that is enabling. 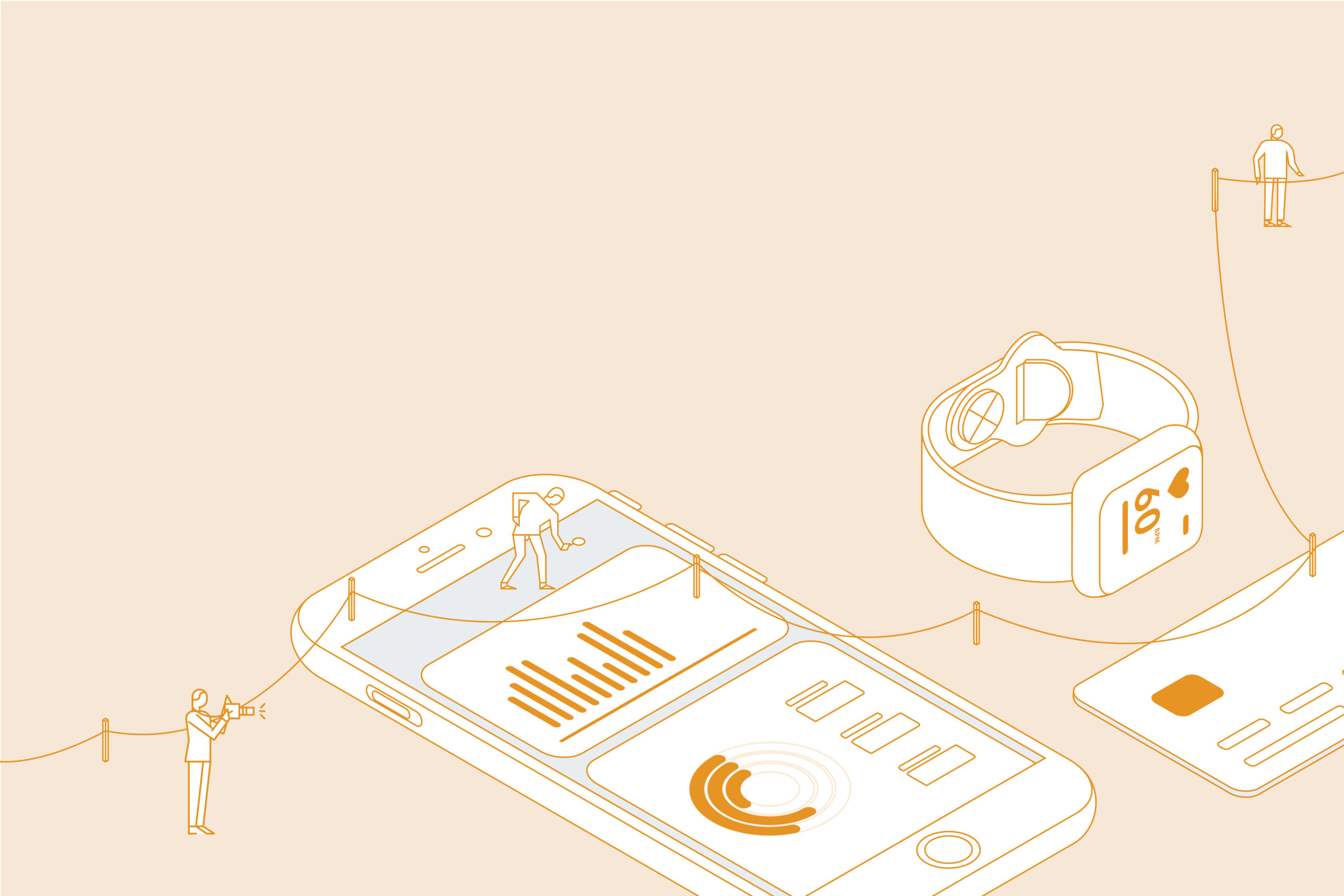 Maria Aiolova is Co-founder of Terreform ONE. She is an educator, architect, urban designer, administrator, entrepreneur, and community builder in New York City. Her research has focused on sustainability, climate change adaptation, environmental design, and social justice for cities.

John Anderson is Director of Technology at Smart Design. He has a background in agile start-up techniques and a design-minded approach to engineering, John has more than a decade of experience in product design, software engineering and entrepreneurship. John has lead technology development for complex IoT ecosystems for Gatorades, custom VoiceUI for BBC and most recently a data science study that investigates bike lane safety reported by Fast Company.

Andrew Shearer is Founder and CEO Farmshelf. With a mission to make it possible for anyone to grow food where they live, work and eat, Farmshelf has created indoor hydroponics systems for growing vegetables. Featuring bookcase-sized farms that not only taste better, but also grow faster while using 90% less water.

Design for one, design for all

Designers create a wide range of products that come in all shapes and sizes —small, medium and large— and in digital and physical forms, both for clients and in pursuit of our own passion projects. What these products have in common, according to Anderson, is inclusive design: designing for the individual and then scaling up to help many. “It’s about designing for people and with people—real people,” he pointed out.

A good example of inclusive design on a small scale is Project Susan, in which Smart Design helped a woman whose 25-year battle with multiple sclerosis had made performing simple daily activities extremely difficult. Her story, as seen in BBC Two’s Big Life Fix, highlights how most technology is designed for mass consumption rather than individuals: for Susan, who has a speech impairment as part of her advanced MS, this made interaction with Amazon’s Alexa extremely difficult. Smart’s solution was to modify Alexa with an “accessibility jacket” and  improved voice-control technology, allowing Susan to communicate with one word commands to do such things as listen to music and change TV channels with ease. This Smart Hub—designed in the shape of an owl (her favorite animal)—improves Susan’s quality of life and gives her “the freedom that the rest of us enjoy,” Anderson recalled.

Our work on Project Susan attracted the attention of Adaptive Design Association, a New York nonprofit that creates low- and no-cost adaptations for people with disabilities, and a subsequent collaboration on what became “Project Lighthouse.” This focused on an Adaptive Design employee, Tamara, who has brittle bone disease and relies on a wheelchair to navigate the streets of New York. Due to the nature of her condition, the slightest bump could potentially cause her harm.

Having seen Smart Design’s work on the BBC, Adaptive reached out to Smart Design. The challenge—to find a way to make Tamara more visible to those over her line of sight—led to an automated “lighthouse” that attaches to Tamara’s wheelchair, moves up and down and features LED lights, thereby making her more visible to people when she’s out in public. The design, based on Adaptive’s original prototype, includes a rechargeable battery, telescoping mechanism, and an easy-to-use control pad— and can be fabricated on a 3D printer. Yet while Project Lighthouse was designed for Tamara’s specific needs, it will eventually be able to “transform into a universal solution,” Anderson said, as the modular design will be open source and ”available to anyone to adapt and build on their own lighthouse based on their individual personalities.”

Sometimes, designing for a unique user in the initial stages isn’t feasible, according to Farmshelf’s Andrew Shearer. While developing his company’s device to help people grow food “where they live, work and eat,” he discovered that the market wasn’t yet ready for an urban farming innovation aimed at individuals. Instead, his firm opted for a B2B solution and developed a system for restaurants, corporate cafeterias and hotels. By launching to this market first, the company was able to learn from early mistakes and subsequently expand from commercial users to a luxury customer, and then a mass consumer.

One added benefit of this approach, Shearer continued, is the “ethical imperative” in which early adopters “cover a lot of the R&D costs, so you can strive to make these technologies available to more people whose lives would be greatly improved by them.”

Global challenges require ambitious, large-scale design approaches, such as those imagined by Terreform ONE, an interdisciplinary lab of specialists who practice socio-ecological design, says the organization’s Maria Aiolova. Its visionary projects to make the world a better place—including Fab Tree Hab, a method of growing homes from native trees—turn traditional architecture on its head, and speculate about the ways emerging technologies will impact future urban generations. For example, an Anti-Extinction Library contains frozen embryos of threatened local species in New York, while the Bio-Informatic Digester deploys mealworms to eat Styrofoam e-waste.

Equally inspiring is Terreform ONE’s Monarch Sanctuary, a project that addresses the loss of habitat leading to the dwindling of the monarch butterfly population. Sited in Lower Manhattan, Monarch Sanctuary is conceived as an 8-story commercial structure that is also a living, breathing building: its porous facade serves as a “vertical meadow” providing a breeding ground with life support components for the monarchs to flourish in. Aiolova conceded that, even if it were eventually completed, Monarch Sanctuary on its own would never be able to fully replace the lost butterfly population. But with the iconic species facing extinction, the prototype nevertheless remains important, she stressed, “to demonstrate the future possibilities” of incorporating living systems into buildings. What’s more, such a structure upends conventional post-COVID thinking that we must create sterile buildings and environments, whereas Monarch Sanctuary replicates a natural and diverse environment that “supports humans but also butterflies, plants and algae,” Aiolova pointed out.

Share your ideas to accelerate innovation for positive impact

Our panelists agreed that an open exchange of ideas in your community—along with open sourcing—are fundamental to seeding new concepts. Shearer lamented that all too often people and businesses, especially start-ups, are overly secretive about what they’re doing: “They say they can’t tell you what it is, even though it’s a totally different industry, because they’re so afraid of stealing.” But it’s sharing ideas that can make the difference in moving an idea forward.

At Terreform ONE, openness was intentionally incorporated into the organization’s name: “ONE” stands for “Open Network Ecology.” Still, as Aiolova explained, the organization wasn’t taken seriously at first by the architectural profession. “We were often excluded from being at the table,” Aiolova recalled. It wasn’t until after Hurricane Sandy, when Terreform ONE was designing projects to protect the coastline from rising sea levels, did people start looking at its work—and its designs for the future. Today, Terreform ONE is definitely at the table, Aiolova says, and freely sharing all its designs, allowing people “to take ownership of something we co-developed.”

For his part, Anderson acknowledged that designers and organizations are increasingly sharing things such as software code, thereby removing the barriers of entry in many fields. “You can grab it and use it and don’t have to reinvent the wheel,” he said. That ethos also holds true at Adaptive Design (Smart Design’s partner on Project Lighthouse), which makes its designs available so people experiencing a similar disability can adapt them for themselves.

Become part of a world-changing community

Collaboration is critical, and so is close proximity to others working toward similar goals. “Innovation doesn’t happen in isolation. It needs spaces, and also access to machines, technologies and people,” Aiolova stated. At the Brooklyn Navy Yard, Terreform ONE can create big prototypes outdoors or use a warehouse or a lab, and talk to its neighbors, who together enjoy a “type of camaraderie that doesn’t happen every day.”

This is particularly important when it comes to building physical things, which can be difficult, noted Shearer. “Just being able to connect with other people at the Navy Yard, and talk about sourcing challenges and prototyping, and even using parts from someone’s old prototype, is helpful.”

Anderson likened the atmosphere at the Navy Yard to a greenhouse, in which the diversity of people and companies stimulates new ideas and projects to grow. “Talking to hardware engineers or ecological designers or scientists, it’s interesting to see how similar our problems are, but how differently we approach them,” he observed. “So the more we learn from one another, the better we become at the things we do.”

More and more designers, organizations and companies are seizing the opportunity to innovate to make the world a better place. Projects both large and small are emerging to confront our most pressing problems, and that often takes time, ample resources and extraordinary commitment. Yet however daunting it may seem, “just take your idea and run with it,” Anderson suggested. “Once you start building, all of a sudden things will start happening.”

Design for one “real” person
Acquire a deep understanding of an individual user’s unique needs and design for that person. In order to reach scale, adapt and transform this concept into a universal solution with wider applications to expand positive impact.

Find universal solutions
Be flexible about your design strategy in order to leapfrog from individual requirements to broader use— if market conditions demand. And when thinking about massive global problems, go big and ambitious—and even daring—to change the way we think about the future.

Share skills and knowledge
Innovation thrives amid common goals and working and learning together. Exchanging ideas helps build community and fosters collaboration that will seed new projects at a faster pace.

Ensure designs are open source
Making designs freely available to others lowers barriers to entry. People will take ownership and adapt and innovate designs based on their own needs, thereby moving world-changing projects in new and surprising directions.

From one to everyone

Stephanie and John recently presented at the 99u conference, here’s a summary of their masterclass.